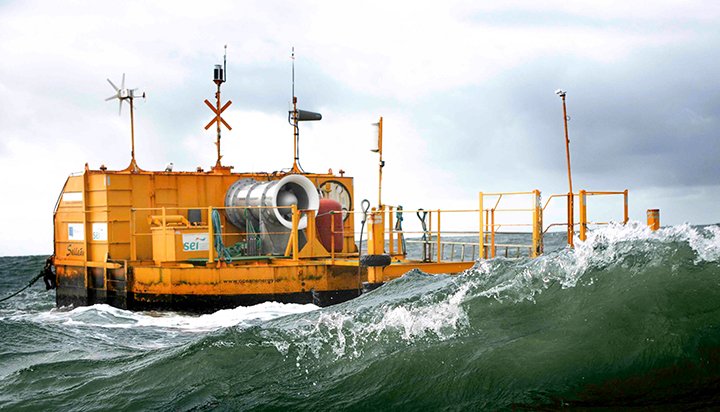 Ocean Energy’s wave energy device, funded by the Government of Ireland, has reached a major milestone and is headed out to Hawaii for a one-year testing phase.

The Cork-based company’s 500kW converter technology will be tested at the US Navy Wave Energy Test Site on the Hawaiian Island of Oahu – the floating structure is as tall as a three-storey building, more than 35 metres long and capable of producing enough clean electricity to power 500 homes.

Sustainable Energy Authority of Ireland (SEAI) and the US Department of Energy’s Office (DOE) have co-funded the $12 million (£9m) project with Ocean Energy.

William Walsh, Chief Executive of SEAI, said: “This is the first time an Irish wave energy company has progressed to this scale. SEAI has supported Ocean Energy Ltd from small scale tank testing in Cork, to quarter scale testing in our Galway Bay test site, to this near full-scale device in Hawaii.

“Reaching Hawaii is a major achievement for offshore renewables. The team are trailblazers in this emerging sector and we are very excited to see the results of the next 12 months of testing.”