It is expected to help reduce carbon emissions by more than 8,000 tons a year 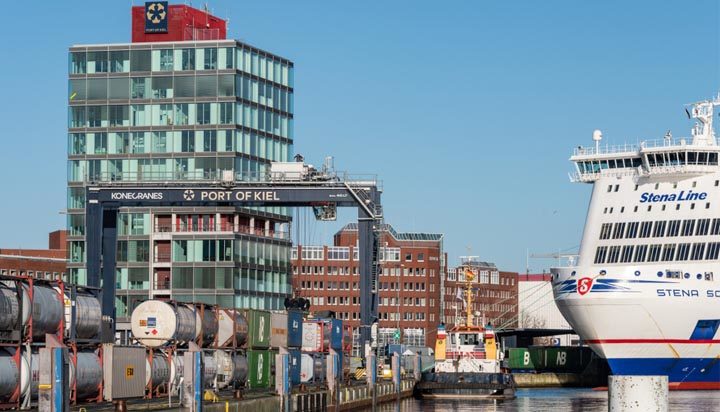 The largest shore power system in Germany that will supply green electricity to two ships simultaneously at the Port of Kiel for the first time is to be tested later this year.

Siemens is developing the Siharbor solution that will provide “certified eco power” to the ships, which is expected to help reduce carbon emissions by more than 8,000 tons a year.

The Port of Kiel is the point of departure for cruises and has ferry connections to the Baltic states and Scandinavia – in 2018, a total of 32 different cruise ships stopped 174 times at the port facilities.

The new solution is expected to go into test operation within the 2020 cruise ship season.

The project supports the City of Kiel’s ambition to become carbon neutral by 2050.

Dr. Dirk Claus, Managing Director with the Port of Kiel said: “By building this new shore power system we will actively support the climate objectives of the Schleswig-Holstein state capital. The shore connection system lets us draw electricity from renewable energy sources, both for cruise ships docked at the Ostseekai and for the ferry at the Schwedenkai.

“We thereby take on a leading role and consistently implement our Blue Port concept for a sustainable and future-oriented development of the Port of Kiel. In future 60% of the energy demand required by the ships entering Kiel will be covered by climate-friendly shore power as diesel generators will be shut down while they are berthed.”