The rusting FSO SAFER oil tanker has 1.14 million barrels of crude oil on board 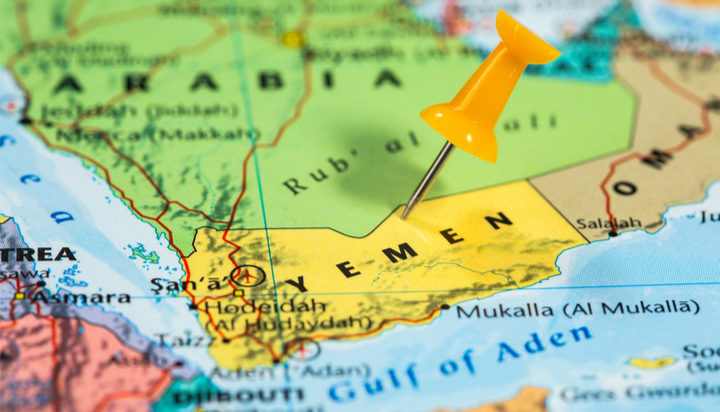 The UK has warned of a “catastrophic environmental threat” from a rusting oil tanker located off Yemen’s Red Sea coast.

It has called on the Houthis in Yemen to give UN experts access to the FSO SAFER oil tanker – which has 1.14 million barrels of crude oil on board – to assess its condition, conduct any possible urgent repairs and make recommendations for the safe extraction of the oil.

The government warns its poor condition means it could cause an oil spill four times larger than the Exxon Valdez disaster in 1989, which involved 257,000 barrels of oil and the effects of which are still being observed more than 30 years later.

An incident now would cause “unprecedented damage” to the marine environment, which is home to more than 1,200 species of fish, out of which 10% are only found in the Red Sea, as well as affect the livelihoods of nearly four million people.

In addition, it would close the vital port of Al Hodeidah for up to six months and cost up to £16 billion to clean up and make responding to the challenging humanitarian situation in Yemen even more difficult.

James Cleverly, Minister for the Middle East said: “The FSO SAFER oil tanker is an environmental disaster waiting to happen and unless UN experts are allowed to access it, we are facing a catastrophic environmental threat.

“The Houthis cannot continue to hold the environment and people’s livelihoods to ransom. It is in everyone’s interests, especially the suffering people of Yemen, that this tanker is made safe immediately.

“We will continue to use our seat on the UN Security Council to do all we can to stand up for and protect the Yemeni people.”