Halogen bulbs to be banned from September

The government claims a shift to LEDs will cut emissions by 1.26m tonnes, the equivalent of removing more than 500,000 cars from the roads 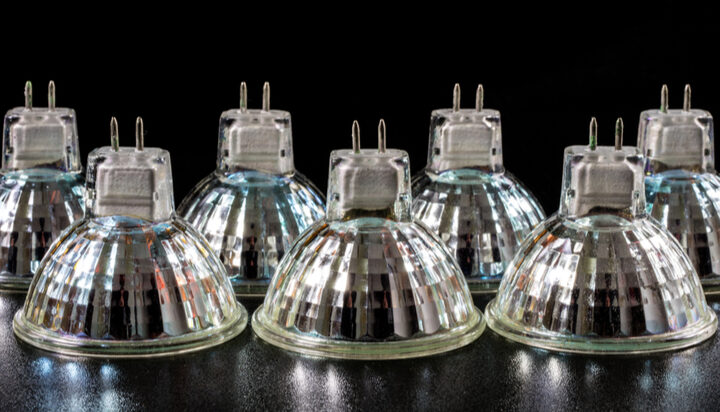 The government has announced plans today to ban the sale of halogen light bulbs from this September, as part of the UK’s battle against climate change.

These plans are to be followed by the removal of fluorescent light bulbs from shelves in 2023.

The government claims a shift to LED bulbs will slash carbon emissions by 1.26 million tonnes; the equivalent of removing more than 500,000 cars from the roads. It has stated LEDs last five times as long as halogen bulbs, producing the same amount of light and using up to 80% less power.

It has forecast that 85% of all bulbs sold in the UK will be LED by the end of the decade.