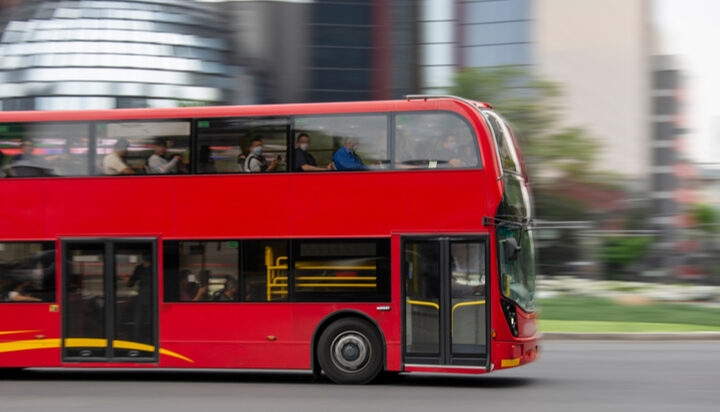 Bus travel in an upgraded local public transport network should be free for all by 2025 as the UK transitions to net zero.

That’s one of the recommendations by the IPPR Environmental Justice Commission, which calls on the government to place fairness and people at the heart of its net zero blueprint.

Working on proposals that could ensure that the UK’s net zero move also contributes to a vital ‘people’s dividend’, the commission, which is co-chaired by figures from the Conservative, Labour and Green parties, suggests local public transport should be free to all commuters throughout the UK by 2030.

In its report, named ‘Fairness and Opportunity: A people-powered plan for the green transition’ the body also recommends the launch of a £7.5 billion-a-year energy efficiency ‘one-stop shop’.

Among the policies the commission recommends is also the increase of public investment in low carbon economy, reaching £30 billion a year until at least 2030 and the recognition of a ‘right to retrain’ for all workers in carbon-intensive industries that seek new low carbon job opportunities.

Hilary Benn MP, Co-chair of the Environmental Justice Commission, said: “People must be at the heart of the UK’s rapid transition to net zero, or else, to put it bluntly, it won’t succeed.”

Caroline Lucas MP, Co-chair of the Environmental Justice Commission, said: “We will all be affected by the changes we need to make to tackle the climate and nature crises, but some will be affected more than others.

“We can’t afford to fail in this endeavour, but we will not succeed unless the plans we make are fair to everyone and make the UK fairer for all. Only through this ‘fairness lock’ will we win the support of the people we need to make this national ambition a reality.”

A government spokesperson said: “Tackling climate change must be a shared endeavour and our ambition puts affordability and fairness at its heart, hand in hand with supporting economic growth and prosperity across the UK.

“We continue to engage households and businesses in our efforts to eliminate the UK’s contribution to climate change, including through measures such as the Together for our Planet Campaign, which encourages individuals and businesses to change their behaviour in order to tackle climate change.”