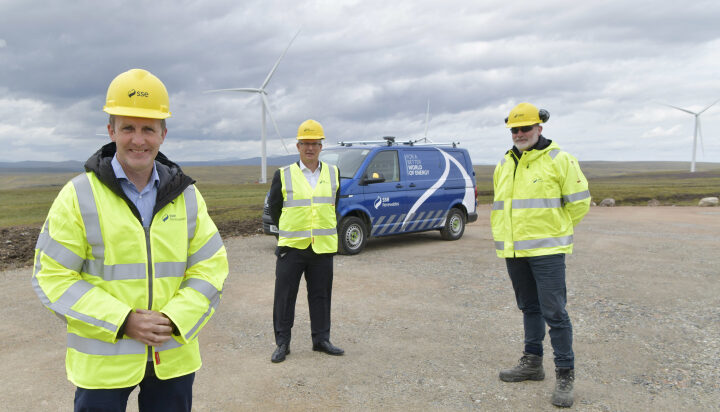 The Gordonbush Extension onshore wind farm with a capacity of 38MW has officially been opened by Scottish Cabinet Secretary for Net Zero Michael Matheson.

He visited the 11-turbine wind farm yesterday, located 10 kilometres north east of Brora and beside the 71.75MW operational Gordonbush Wind Farm, which was first commissioned in 2012.

The wind farm extension is expected to generate enough renewable electricity to power almost 50,000 homes and reduce 37,000 tonnes of carbon emissions every year.

It is SSE Renewables’ first wind farm built without any subsidies or support from the Contract for Difference (CfD) scheme to finance the project.

Mr Matheson said: “Onshore wind is one of the most cost-effective forms of large-scale electricity generation and will be vital to Scotland’s future energy mix as we end Scotland’s contribution to climate change.

“The Gordonbush extension project marks another step forward in decarbonising our energy demand and realising our net zero ambitions. My congratulations go to everyone at SSE involved in the project. Its construction and completion, much of which has taken place since the pandemic began, is an excellent example of the green recovery we must continue to build on to ensure a just transition to net zero.”