The self-driving car, called Kar-Go is a zero-emissions delivery vehicle that will deliver supplies around an RAF base in Oxfordshire 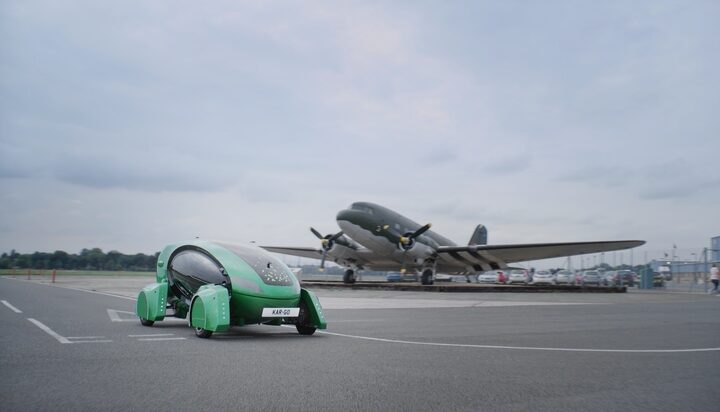 The Royal Air Force (RAF) has started a trial of an electric self-driving vehicle at its airbase in Oxford.

It is believed to be the first time that autonomous vehicles have been deployed on a UK airbase by the RAF.

The vehicles will perform autonomous and semi-autonomous procedures while a safety team will monitor operations from a mobile command hub.

The technology is expected to support RAF’s net zero goals by 2040.

Squadron Leader and RAF Engineer Tony Seston said: “Having worked so closely with the team at Academy of Robotics on this project, we are confident that the insights from the trial will help us to design and develop processes to deliver smarter logistics to meet the requirements of a next generation Air Force.”