Cables can get crustaceans crabby! 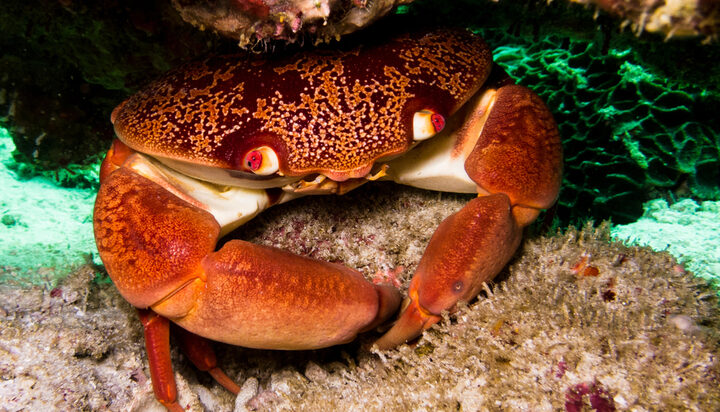 Offshore wind underwater cables might be responsible for metabolism and behaviour changes observed in crabs which might change the viability of populations.

That’s according to new research by Heriot-Watt University which says subsea power cables emit an electromagnetic field to which the crabs seem to be attracted and then just sit still.

The scientists said that happens when the electromagnetic field is at a strength of 500 microTeslas and above.

That is around 5% of the strength of a fridge door magnet.

In some cases, this attraction affects the biology of crabs’ cells, the analysis suggests.

Published in the Journal of Marine Science and Engineering, the research is based on an observation of around 80 crabs at St Abbs Marine Station in the Scottish Borders.

With brown crabs being the UK’s second most valuable crustacean catch, the authors of the report suggest behaviour changes in crabs could have long-term consequences and an impact on the economy.

Dr Alastair Lyndon, Senior Lecturer at Heriot-Watt University, told ELN: “Cables coming ashore from offshore power installations may pose magnetic barriers to movement of crabs along the coast. The crabs stop moving when insufficiently strong magnetic fields, which would inhibit their movement.  It is known male brown crabs move long distances along the Scottish coast.  The upshot of disruption to these movements, which we expect would result from magnetic fields associated with such cables, is uncertain but could result in fewer males appearing in northern areas than do at the moment, with possible repercussions for breeding success in these areas.”

“Male brown crabs migrate up the east coast of Scotland. If miles of underwater cabling prove too difficult to resist, they’ll stay put.

“This could mean we have a build-up of male crabs in the south of Scotland, and a paucity of them in the northeast and islands, where they are incredibly important for fishermen’s livelihoods and local economies.”

Mr Lyndon said burying cables might limit the crabs’ exposure to electromagnetism: “Given that the magnetic field is likely only to be strong enough to have an effect on the crabs relatively close to the cable, tens of centimetres distance, a simple remedy would be to bury the cables to increase the distance between them and the crabs on the seafloor.

“Nevertheless, crabs can dig down into sediment (e.g. to feed on burrowing prey), so there might still be some effect, although likely more limited.  Of course, burying cables would have cost and logistical implications.”