NASA has conducted successful initial tests of a small-scale nuclear fission system designed to power a long-duration manned mission to Mars. Officials from the agency have said a full-power run […] 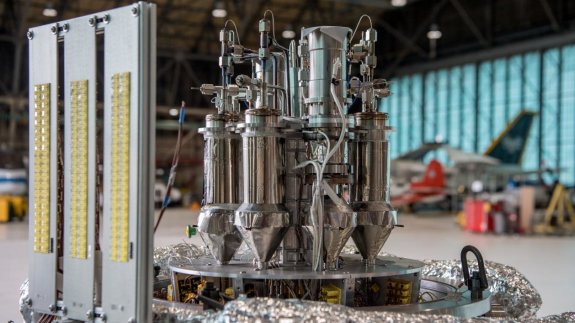 Officials from the agency have said a full-power run of the Kilopower project is scheduled for March.

Its purpose is to enable robotic missions and potentially develop colonies in space, which requires a power source strong enough to power habitats and life-support systems, recharge equipment and run processing equipment but small and light enough to allow for transport.

Such missions are estimated to require around 40 to 50 kilowatts of power.

The prototype system uses a uranium-235 reactor core about the size of a water bottle.

Steve Jurczyk, Associate Administrator of NASA‘s Space Technology Mission Directorate, said: “Kilopower’s compact size and robustness allows us to deliver multiple units on a single lander to the surface that provides tens of kilowatts of power.”