Communications regulator Ofcom may fine npower and Homeserve £2m for breaking rules on persistent cold-calling. Ofcom say they have “reasonable grounds for believing that between 1 February 2011 and 21 […] 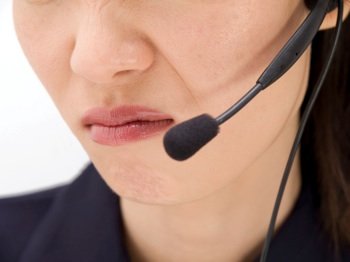 Communications regulator Ofcom may fine npower and Homeserve £2m for breaking rules on persistent cold-calling. Ofcom say they have “reasonable grounds for believing that between 1 February 2011 and 21 March 2011, npower persistently misused an electronic communications network or services by virtue of its use of an automated calling system.”

npower defended their actions and they didn’t make silent calls: “Our average abandoned call rate is consistently below Ofcom’s 3% level rule – their concerns only relate to individual days where we may have exceeded this level. We believe our message to make energy savings is fully consistent with energy policy and does not constitute marketing.”

Gillian Cooper, energy expert at Consumer Focus said: “We don’t agree with npower’s defence – unsolicited calls, even if they include an energy efficiency message, are still marketing. npower and its subsidiary HomeServe must stop these sales tactics given the negative impact they have on consumers.”

-made an excessive number of abandoned calls during the period investigated; and

-included marketing content within a recorded information message played in the event of an abandoned call.

Consumer Focus operates a free Stayprivate.org service. Consumers should never have to pay to opt-out of marketing messages.