French engineering and construction company Technip and Spain’s power company Iberdrola have teamed up for a new offshore wind business to be based in Scotland. The deal was announced at […] 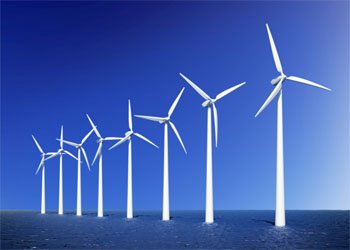 French engineering and construction company Technip and Spain’s power company Iberdrola have teamed up for a new offshore wind business to be based in Scotland. The deal was announced at the French company’s new “centre of engineering excellence” for offshore wind in Aberdeen.

Technip Chairman and CEO Thierry Pilenko and Keith Anderson, Chief Executive of ScottishPower Renewables (SPR) and head of Iberdrola’s Glasgow-based Global Offshore Division, signed a Memorandum of Understanding that will see Technip join a consortium bidding for up to 1.25 Giga Watts of offshore wind capacity.

Alex Salmond, as ever on hand when power deals are brokered in Scotland, said it was further proof the country was the place for renewable energy.

“The MoU with Iberdrola – with its global offshore wind base in Glasgow – for developments off the French coast, underlines that the expertise being developed in Scotland can help harness not only the huge natural resources off our own coast, but the massive clean, energy resources around the world.”

The launch of Technip’s offshore wind business comes hot on the heels of their Vertiwind wind turbine project launch and acquisition of the assets of the former Subocean offshore cable installation specialist. The Group also delivered the world’s first floating wind turbine ‘Hywind’ in Norway.

Iberdrola is the largest wind energy company in the world and has a pipeline of around 10,000 MW in offshore wind projects across Europe, primarily in the UK.