Huge waste to energy plant could generate hydrogen in future

An energy-to-waste company has received permission to build the first of a series of plants in Stockton on Tees. The advanced gasification energy from waste scheme, will convert household and […] 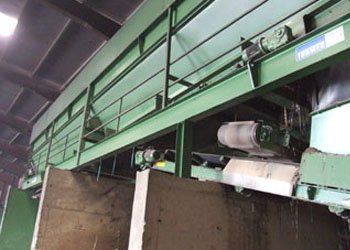 An energy-to-waste company has received permission to build the first of a series of plants in Stockton on Tees. The advanced gasification energy from waste scheme, will convert household and commercial waste currently going to landfill into renewable power for up to 50,000 homes in the North East.

Located at the New Energy and Technology Business Park, near Billingham, Teesside, Air Products will produce 49MW of electricity from about 300,000 tonnes of waste. The facility is one of the largest advanced gasification projects planned for the UK.

Ian Williamson, European Hydrogen and Bioenergy Director at Air Products said that the technology could develop to help build the future hydrogen market: “In the longer-term, our technology can also produce renewable hydrogen and is being considered for a demonstration of Waste2Tricity’s fuel cell technology. So our renewable energy facility could also play a part in the further development of the hydrogen economy, an area in which Air Products already has considerable experience.”