MPs and two of Britain’s largest trade unions are concerned only one type of design could be picked by nuclear power firms operating in the UK, potentially jeopardising jobs and […] 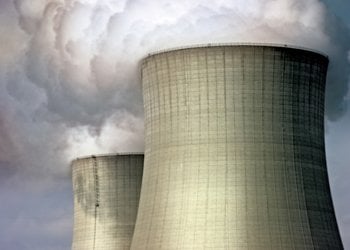 MPs and two of Britain’s largest trade unions are concerned only one type of design could be picked by nuclear power firms operating in the UK, potentially jeopardising jobs and energy security.

The call comes as the nuclear group behind Horizon Nuclear Power is due to announce its chosen reactor design for a new plant at Wylfa, north Wales within the next month.

Officials from the Prospect and Unite unions met with cross-party MPs and the team behind one of the nuclear designs last week to discuss what would happen to the UK supply chain if only one of the designs for new nuclear reactors is given approval.

They argue the UK needs both as part of a “two technology” or “dual design” approach to hit its low carbon targets.

Unite’s national officer, Kevin Coyne said: “Dependence on one design is fraught with future difficulties. It makes sense to adopt a dual design approach, saving thousands of existing jobs in the process.”

However there are concerns the UK could be left with only one technology if energy firms are left to make the decision themselves.

They are sugggesting Horizon Nuclear Power should pick the US design – Westinghouse – to safeguard British jobs.

Mike Graham, Prospect’s national secretary said: “While [the Government] makes no secret of the fact it does not want French dominance of the industry, it is powerless to intervene in the commercial decisions of private companies.

“We hope that through lobbying with MPs and other key stakeholders in the industry that the “two technology” argument will prevail. It is vital that a second supply chain for new nuclear build in the UK is established because EDF’s decision to build the EPR design at Hinkley Point and Sizewell will be heavily reliant on a French supply chain.”