London Mayoral candidate Ken Livingstone wants to set up an Energy Co-Operative for the capital city, which he claims could save Londoners £120. His campaign literature claims the London Energy […] 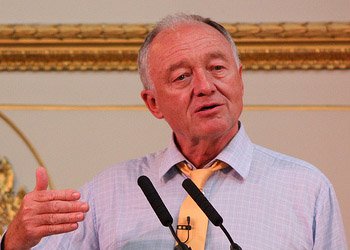 London Mayoral candidate Ken Livingstone wants to set up an Energy Co-Operative for the capital city, which he claims could save Londoners £120.

His campaign literature claims the London Energy Purchasing Co-operative “will be able to purchase energy on the wholesale markets, giving Londoners a cheaper alternative to rip-off energy suppliers”.

It would do this “through harnessing the buying power of Transport for London, the biggest purchaser of electricity in London, and the rest of the GLA Group”.

Mr Livingstone said: “Soaring energy bills are hitting Londoners hard. To break the stranglehold of the ‘Big Six’ and get a better deal in the long-term we will need more competition. I will set up a London Energy Co-Operative that will seek to break the power of rip-off energy companies and provide a cheaper alternative for the millions of families that are struggling with their bills.”

Mr Livingstone claims energy bills have risen by more than £300 per year while Mayor Boris Johnson has been in office.

A spokeperson for Mr Livingstone told ELN that individuals will effectively be able to “piggyback” on the larger buying power of Transport for London and the Greater London Authority.

They point to market modelling, “based on international comparisons” with similar schemes in the States and Belgium, which suggests the Co-Op could save homeowners more than 10% on their bills.

Fellow candidate and incumbent Mayor Boris Johnson takes a different approach to rising bills – in August last year he began a set of programmes for ‘retrofitting’ homes and making them more efficient to help homeowners save money. He claims this could shave £100s off annual fuel bills.