An International Energy Association (IEA) report depicting the imminent ‘golden age of gas’ has been met with a mixed reception from green groups. Speaking at its launch in London earlier, […] 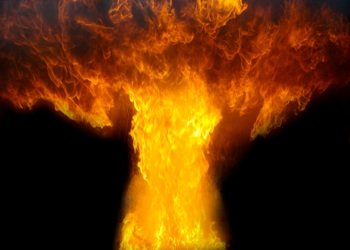 An International Energy Association (IEA) report depicting the imminent ‘golden age of gas’ has been met with a mixed reception from green groups. Speaking at its launch in London earlier, IEA Executive Director Maria van der Hoeven said: “The technology and the know-how already exist for unconventional gas to be produced in an environmentally acceptable way.”

Environmental group WWF-UK reacted badly to the report saying the dash for gas expected in the coming decades could plunge the world into devastating climate change.

Keith Allott, Head of Climate Change at WWF-UK said: “Those who claim that shale gas is some sort of wonder fuel that can tackle climate change are seriously misleading the public – the reality is that it is a dangerous distraction from energy efficiency and clean renewable energy.”

In its report the IEA does acknowledge that “natural gas cannot on its own provide the answer to the challenge of climate change.” The report contains two scenarios of unconventional gas uptake. In both scenarios the projection for an increase to the average global temperature is above the 2°C limit for dangerous climate change.

Despite this, Maria van der Hoeven told ELN using more gas could help the low carbon economy: “The glut for gas can also help renewables to get to the right place because it will substitute coal… it will enable renewables more and more to be part of the power mix.”

Greenpeace UK said shale and other unconventional fuels could play a part in the mix but only if the environment was prioritised in policy.

The campaign group’s chief scientist Doug Parr told ELN: “In terms of broader energy policy, it’s only going to work for the climate if there is a climate-focused energy policy. Without that, the danger is that shale gas simply undermines the low carbon alternatives we ultimately need and in the meantime at best produces a bit of coal to gas switching. Coal to gas switching is useful but it’s short term, it may not be sustained and it can be reversed.”