M&C Energy Group’s Chief Executive, Mark Dickinson, has already said that the structure of the government’s proposed Electricity Market Reform measures will not achieve the market liquidity they are aiming […] 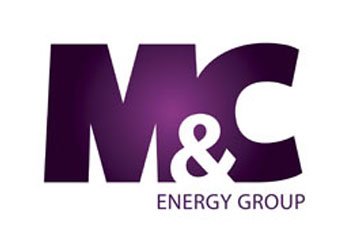 M&C Energy Group’s Chief Executive, Mark Dickinson, has already said that the structure of the government’s proposed Electricity Market Reform measures will not achieve the market liquidity they are aiming for. Now, after the publication of the DECC’s draft bill, Product Development Manager Adam Pigott argues it could  take another 16 Drax-style power stations to be built and every home to move to three-phase power supply to realise the government’s vision of an all-electric, low-carbon economy.

While there are many laudable intentions held within the DECC’s draft energy bill, the proposed measures for the electrification of transport, and heating, don’t really stand up to much serious scrutiny.

If we imagine we want an all-electric, low-carbon economy, a quick look at the assumed figures, followed by some quick totting up on a calculator, and it becomes clear that we are nowhere near able to achieve what is being proposed.

For example, in transport we have 25 million cars doing an average of 12,000 miles a year. If we assume an average efficiency of 45 mpg this equates to 6.7 billion gallons of fuel, or over 30 billion litres in new money. In energy terms this is about 330,000GWh. However, because electric cars are three times more efficient than internal combustion-engine cars, this will mean we still need 99,000GWh in electricity for cars.

To put this into context, this equates to an additional load of 11.2 GW on the grid continuously, or about 18.7% of the maximum total UK grid load. Clearly it wouldn’t be averaged – it would all be stacked up from 6pm onwards when everyone arrives home and plugs in their electric cars!

This also excludes all commercial transport and public transport which has got to be a significant addition on top of this, say 8GW.

So we are up to an extra 20GW of generation capacity required from the grid. Or to put it another way, an extra five Drax-style power stations running flat out. (The Drax power station is the largest in the UK at a total output of 3,960MW).

However, all the above seems comparably easy compared to the proposals for the electrification of heating.

However, if we park for now the prohibitive cost of installing new heating systems in every house, lets us consider the additional electricity that would be required for the heat pumps.

In the UK we have around 30 million homes and, if they all operated heat pumps, we would place a demand on the grid of 120,000GWh which averages out at a continuous 14GW of capacity. Only this time, we really can’t average it out because it is for heating and, therefore, all stacked towards the coldest six months of the year. We therefore end up at 28GW, which will probably be more like 44GW at the peak of the winter.

As such we now have a conservative extra wintertime load of 64GW which is about 150% the current UK maximum demand – or an extra 16 Drax-style power stations.

However, generation is not the only issue.

If heat pumps and electric cars were to become the norm, the electricity requirement of each household would increase substantially and many houses would need their supply uprated and larger houses may even need a 3 phase supply.

This would mean that the cabling in every street would need to be upgraded not to mention many substations as well.

So to place all of this in context, the all-electric low-carbon economy could require, in addition to the already required replacement of existing powers stations, the following:

Moreover, this also assumes that:

Of course, EMR is only taking a first step towards an all-electric, low-carbon economy. However, the road map seems to have some significant gaps and, given the amount of time it has taken to reach this stage of EMR, we may be better served by creating a vision with smaller, more practical steps.