Deputy Prime Minister Nick Clegg today confirmed all businesses listed on the London Stock Exchange will have to report on the greenhouse gases they emit under new plans. From the […] 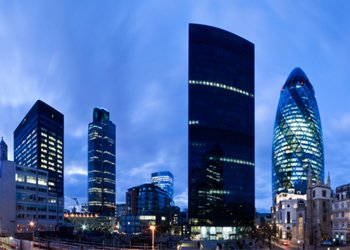 Deputy Prime Minister Nick Clegg today confirmed all businesses listed on the London Stock Exchange will have to report on the greenhouse gases they emit under new plans.

From the start of the next financial year, firms will have to include this information in their annual reports in a move likely to be hailed by green stakeholders and business champions alike.

There are more than 2,500 firms listed on the LSE – including big brands such as Vodafone, Shell and M&S – and there is no minimum size to join it. Typically smaller firms on the exchange will be valued in the low millions.

The UK is the first country in the world to make it compulsory for companies to include emissions data for their entire organisation.

A spokesperson for the Deputy Prime Minister told ELN he thought the move was “pretty crucial”.

Announcing the news as he represented the UK at the UN’s Rio+20 sustainability talks in Rio de Janeiro, the Lib Dem leader said: “British companies need to reduce their harmful emissions for the benefit of the planet but many back our plans because being energy efficient makes good business sense too. It saves companies money on energy bills, improves their reputation with customers and helps them manage their long-term costs too.”

Andrew Raingold, Executive Director for the Aldersgate Group, a coalition of environment agencies, NGOs, think tanks amd industry representatives said: ”This is an area where corporate executives have been demanding more regulation from government to provide greater clarity and transparency.

“Our detailed analysis demonstrates that this announcement will lead to huge cost savings for businesses as opportunities to reduce their energy use become more apparent.”

It is estimated mandatory reporting will save four million tonnes of CO2 emissions by 2021.