Energy Secretary Ed Davey and Prince Haakon of Norway officially opened a wind farm off the coast of Sheringham in Norfolk. Owned by Statoil and Statkraft, the 317MW wind farm […] 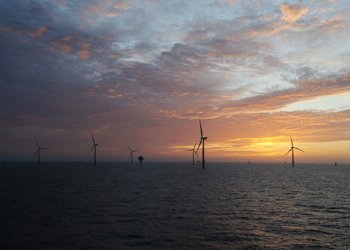 Energy Secretary Ed Davey and Prince Haakon of Norway officially opened a wind farm off the coast of Sheringham in Norfolk.

Owned by Statoil and Statkraft, the 317MW wind farm consists of 88 wind turbines and is expected to generate around 1.1TWh of energy every year.

Mr Davey said: “We need to get the economy moving again and a massive expansion in home grown, clean, renewable energy capacity is central to this. Sheringham Shoal will play an important part; supplying power to 220,000 homes, and providing jobs in the local community… Investment in the UK’s energy mix needs to come from increasingly new and diverse sources and this project is an excellent example of that.”

The project adds to the UK’s capacity of offshore wind energy to 2.5GW, helping the nation retain its position as the world leader in installed offshore wind.

Statoil and Statkraft are also working towards a project 120 kilometres off the UK coast, which could be the world’s largest offshore wind development.