The UK is at risk of losing ground in the race to develop Carbon Capture and Storage (CCS), the technology which sucks carbon out of power stations’ emissions and stores […] 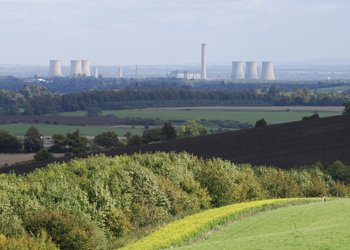 The UK is at risk of losing ground in the race to develop Carbon Capture and Storage (CCS), the technology which sucks carbon out of power stations’ emissions and stores it underground.

That’s the warning from Dr Tim Fox, Head of Energy & Environment at the Institution of Mechanical Engineers (Imeche) at the first day of a major London conference discussing the state of CCS projects around the world.

He said yesterday: “The UK is at risk of going from a world leader to an also-ran in the race towards Carbon Capture and Storage technology. Projects in Canada, Norway and China are now moving those countries ahead of the UK, while we are swiftly losing momentum.”

CCS technology captures carbon dioxide produced as a by-product of power generation and then stores it in used oil fields or porous rocks, preventing it from entering the atmosphere.

Dr Fox said the UK cannot meet its emission-reduction targets without CCS: “This leaves the Government with a choice. It can either let industry create a basic capability by itself, buying in expertise from abroad, or it can grasp the nettle, give CCS the public support it needs and help the UK become a world leader.”

The Government’s first attempt at nurturing the technology came to an abrupt halt when the Longannet project collapsed. Its next attempt will redistribute the £1billion from that project to others. Imeche believes this must be done “urgently”.

Dr Fox added: “It is time for [ministers] to stop delaying and get that funding urgently to the projects which show the most promise.”

His concern was echoed by Shadow Energy Minister Tom Greatrex who said the Coalition needed to cut out the “infighting” which was holding things up.

The Labour MP said: “Despite Lib Dem claims that there would be no Treasury backsliding on funding, that appears to be exactly what has happened. Vague platitudes from ministers are not good enough for investors and industry. It is time for the Government to end this dither and delay.”

The Government is expected to make a decision about where to invest the £1billion CCS cash imminently.