The Scottish Government has announced a £4.1 million funding for new wave and tidal power research in the country. The European Marine Energy Centre (EMEC) in Orkney will get £3 […] 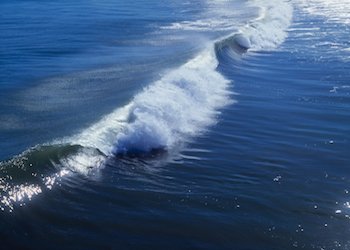 The Scottish Government has announced a £4.1 million funding for new wave and tidal power research in the country.

The European Marine Energy Centre (EMEC) in Orkney will get £3 million for a new grid-connected testing bed and another £1.1 million to look at the potential of support vessels used in the marine industry. It will conduct monitored sea trials in the next few months to assess the capabilities of the vessels and examine how they can carry out the work safely and cost effectively.

In a speech at the RenewableUK Wave and Tidal conference in London, Scotland’s Energy Minister Fergus Ewing warned that Scotland’s potential to generate power from renewable sources would never be realised without the right grid infrastructure in place.

Energy Minister Fergus Ewing said: “The offshore renewable industry is at a crossroads and the success of this industry will only be achieved if we attract investors and that investment will only continue to come if there is market confidence. We all know that lack of detail on the Electricity Market Reform progress is causing considerable uncertainty for developers and the investment market. We cannot afford any investment hiatus created by market uncertainty and I call on the UK Government to follow Scotland’s lead and give industry the certainty it needs.”

RenewableUK welcomed the announcement and said it will help accelerate growth and generate further private investment in the wave and tidal sector.

Chief Executive Maria McCaffery said: “The Minister is well aware of the challenges ahead – in his speech he rightly highlighted the urgent need for detail on Electricity Market Reform and for the UK Government to adopt a decarbonisation target as soon as possible. Such measures will send a clear signal to developers and investors that we are open for business in marine energy. As Mr Ewing pointed out, the issue of high transmission charges also needs to be addressed as a priority so that we can continue to lead the rest of the world in the wave and tidal energy sector.”