The UK’s carbon reduction scheme is still failing to give businesses the long-term policy certainty and it needs to have “robust and timely data” to make sure it remains effective. […] 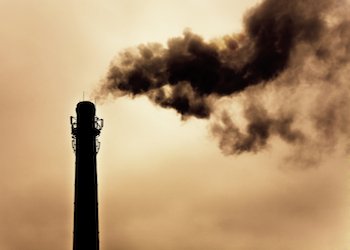 The UK’s carbon reduction scheme is still failing to give businesses the long-term policy certainty and it needs to have “robust and timely data” to make sure it remains effective.

That’s the view of the Institute of Environmental management & Assessment (IEMA), which made the comment following the delayed publication of the Carbon Reduction Commitment (CRC) Performance League Table. The rankings proved to be controversial after the first table was published for 2010/11 so the Government has scrapped it, however, the scheme will still continue. It has also pledged to review the effectiveness of the scheme in 2016.

Martin Baxter, Executive Director, Policy at the IEMA said: “Setting a carbon price until 2016 for CRC is a step in the right direction in giving business an allowance price against which they can invest in energy efficiency. However, a further review planned for 2016, with the stated intent of removing the tax element, undermines the ability for business to optimise investment for the long-term. We still urgently need a long term, consistent policy framework to provide businesses with the confidence to invest in low carbon and energy efficient improvements. A further review in 2016 undermines this.”

The CRC league table ranks UK businesses’ energy efficiency performances and the 2011/12 table saw 2,097 organisations take part. The Government put its proposals to simplify the CRC scheme before Parliament today following concerns over the complexity last year, the majority of which was the administration. The CRC order put forward by the DECC aims simplify the scheme and deliver a 55% reduction in costs, worth around £272 million to participating businesses and organisations.

Mr Baxter also criticised the Environment Agency which is responsible for implementing the CRC.
He added: “Although there are provisions within the regulations for fines for inaccurately reporting data, what action will the Environment Agency be taking to ensure companies comply? Accurate data not only underpins the CRC as an environmental tax and affects how much money companies will pay for their CRC allowances but also is critical for the reputation of the scheme and to ensure a level playing field between scheme participants.”

Energy consulting business Utilyx, however, said the benefit of the final league table would be to draw a line under the ‘old’ CRC and “put criticisms of complexity to bed”.

Consulting Director Caroline Pitt said: “Next year’s move away from the league table provides an opportunity for a simplified CRC to raise revenue while mandatory carbon reporting drives reputations. We may finally be entering a phase where transparency and simplicity go hand-in-hand where carbon reporting is concerned; something that the majority of businesses would welcome. At the least the CRC has provided lessons we can learn for other policies too – keeping rules simple and avoiding repeated change are crucial for policy success.”