Efficiency help in a Pickle as minister faces legal action 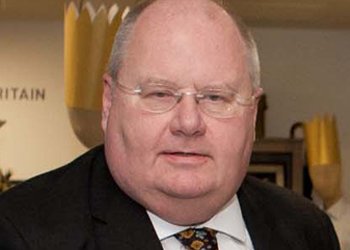 An energy saving trade group is bringing legal action against Communities Secretary Eric Pickles (pictured) over his decision not to make people install energy efficiency improvements when they have other building work on their homes.

The UK Association for the Conservation of Energy claims this “complete volte face” – or u-turn – has put the brakes on £11billion worth of energy savings to the economy and dashed the chance to create more jobs.

Andrew Warren of the UKACE said in statement yesterday the group “will be proceeding with the judicial review process against Eric Pickles, regarding his complete volte face on implementing the ‘consequential improvements’ section of his… building regulations consultation.”

Mr Warren went on: “We want to see a speedy resolution of this matter, so that we can begin to see some of the benefits which Mr Pickles identified last year would accrue from implementing his original “consequential improvements” strategy, of £11bn savings to the economy, 130 million lifetime tonnes of carbon dioxide, and 2.2 million more households benefiting from the Green Deal.”

Last December Mr Pickles said his department had ruled out the idea, suggesting that people would be put off improving their homes. He cited a figure from the Energy Saving Trust, which showed 38% of householders and businesses would be put off work if they had to make ‘consequential improvements’ at the same time.

In a December, the Secretary said: “These concerns point to the danger that introducing consequential improvements would, in fact, discourage people from undertaking home improvements.”

At the time, the Energy Saving Trust itself pointed out in a blog that the figure Mr Pickles quoted was the “tip of the iceberg” and the statistic was “still a firm minority of the people we asked”. Their research also found more than three-quarters of homeowners asked (77%) felt that “more should be done by government to help people make their homes more energy efficient”.

DCLG said it will be “robustly contesting” the legal challenge. A spokesman said: “We believe that consequential improvements would discourage many home owners from improving their home and, after careful consideration, we will not be imposing new regulations in this regard.”