Energy intensive users can now claim up to £113 million in compensation for the extra power costs caused by the impact of European carbon pricing schemes. The UK Government has […] 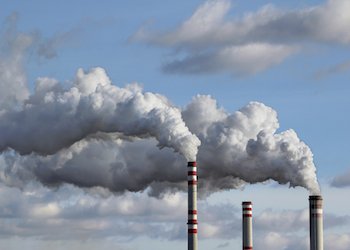 Energy intensive users can now claim up to £113 million in compensation for the extra power costs caused by the impact of European carbon pricing schemes.

The UK Government has published guidance for steelmakers and ceramics companies and those firms that are eligible will be able to apply for the cash starting next month.

It is part of a wider fund totalling £250 million designed to help energy intensive users cope with the financial impact of energy and climate change policies such as the EU Emissions Trading Scheme (ETS). Under the system, businesses are expected to pay for their greenhouse gas emissions in an effort to cut pollution and help meet carbon reduction targets.

Energy Minister Michael Fallon said: “Energy intensive industries are a critical part of the UK economy. It is essential that as we put in place policies to generate the necessary investment in energy infrastructure we do not undermine the competitiveness of UK industry. This compensation package will support firms, protect jobs and help reduce the risk of industries leaving our shores.”

The Government has also committed to establishing a compensation scheme to address the indirect costs of the Carbon Price Support (CPS) mechanism, which is currently being considering by the European Commission and will be announced later this year.

Earlier this year the Government announced a new Voluntary Climate Change Agreements (CCA) scheme encouraging energy intensive businesses to implement efficient measures and cut their climate taxes. EU Ministers also called for Members of the European Parliament and Governments to decide on a plan to reform the EU carbon market earlier this month.