Shale gas could be ‘a new North Sea’ for Britain

Shale gas is the future of the UK’s energy industry and could meet more than a third of the nation’s annual gas needs and cut its dependence on imports, according […] 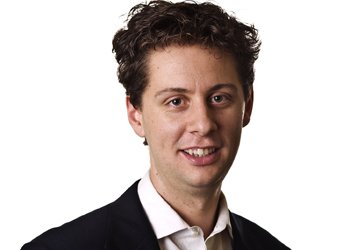 Shale gas is the future of the UK’s energy industry and could meet more than a third of the nation’s annual gas needs and cut its dependence on imports, according to a new report.

Among the economic benefits, the report claims investment in shale gas could peak at £3.7 billion a year and support 74,000 jobs in the UK. Production could be as much as 853 billion cubic feet (bcf) per year in the low scenario, 1,121 bcf in the central scenario and 1,389 bcf in the high scenario.

Corin Taylor (pictured), Senior Economic Adviser at the IoD and author of the report said: “Shale gas could be a new North Sea for Britain, creating tens of thousands of jobs, supporting our manufacturers and reducing gas imports. Further exploration will be needed to assess the size of technically and commercially recoverable resources. At the same time, partnerships need to be established between industry, Government and communities to ensure that development of this vital national resource benefits local people.”

Despite the controversial technique – called fracking – used to extract the fuel, the report also claims it would not only provide economic benefits but could also be environmentally friendly. It suggests shale gas produced in the UK could have lower emissions than imported gas if production is well regulated.

However, the report also identifies several barriers to the development of shale gas in the UK, including a planning and permitting regime that involves four agencies and two public consultations needed to drill and fracture just one exploration well.

The news follows the UK Government’s announcement that it is creating a set of regulations to speed up shale gas development in the country.

The representative body for the UK onshore oil and gas industry welcomed the report’s findings. Ken Cronin, Chief Executive of the UK Onshore Operators Group (UKOOG) said: “This report makes useful recommendations as to how barriers that currently stand in the way of development can be removed to the advantage of local authorities, communities and the industry. We now need to progress with exploratory drilling in order to ascertain how much of the UK’s significant onshore deposits can be technically and commercially recovered.”

Environmental groups, however, claim the report’s findings are “misleading”. Greenpeace Energy Campaigner Leila Deen said: “This report’s wildly optimistic forecast for job creation depends on a level of shale development that no respected analyst believes to be economically or geologically feasible. The IoD’s forecasts are based on mind-boggling and hopelessly misleading estimates of gas extraction using technology so far not deployed at this scale anywhere on the planet. It also assumes a level of gas use that’s incompatible with the recommendations of Government climate advisors.

“Despite cheerleading for the industry, the report still avoids the issue of whether fracking will bring down bills. With experts from Deutche Bank to BP to the Energy Secretary Ed Davey agreeing UK shale gas will not reduce gas prices for consumers, fracking across England seems like a lot of pain for very little gain.”