UK businesses must plan ahead of EU carbon vote

UK businesses are being urged to review their carbon strategies ahead of the EU vote on back-loading permits next month as it could triple the market price of carbon. Business […] 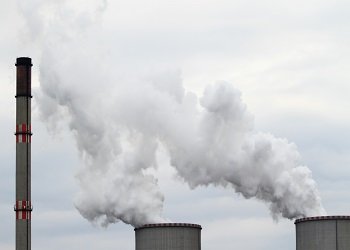 UK businesses are being urged to review their carbon strategies ahead of the EU vote on back-loading permits next month as it could triple the market price of carbon.

Business power supplier Gazprom Energy, which provides carbon trading services to around 10% of the EU Emissions Trading System (ETS), made the call as Members of the European Parliament (MEPs) are set to vote on proposals to withhold around 900 million allowances from the scheme next month in a bid to increase carbon prices.

The supplier suggests firms that are included in the EU ETS should take precautions as the vote could expose some businesses to “considerable financial risks”. The news follows the EU Parliament’s vote against back-loading carbon permits earlier this year after which Ministers from EU countries, including the UK, France and Germany called for the MEPs and Governments to decide on a plan to reform the carbon market and ensure it remains at the forefront of EU policies.

Large energy intensive users such as the paper, cement and ceramic industries in Europe have to buy carbon allowances to counter their emissions under the EU ETS. The price of carbon peaked at €30 (£25.5) per tonne in 2008 but has fallen to €3.50 (£2.97), prompting criticism that the scheme is not encouraging energy intensive businesses to cut their emissions.

Simon Watson from Gazprom Energy said: “The market is subject to volatility which means participating businesses should always be focused on how they can maximise their positions. However as the price of carbon has been depressed for a long period of time, some have felt little impetus to actively manage their exposure to the market.

“The risk is, if the vote is passed we could see prices triple, considerably altering business’ risk exposure, especially if they are forecasting the need to acquire additional carbon allowances during phase III of the scheme, which runs until the end of 2020. The vote in July could be a game-changer for the price of carbon and any business exposed to the market should be reviewing their strategy in advance.”

The EU Parliament is expected to vote on the back-loading proposals between 1st and 4th July.

Last month ELN also reported the UK was the second largest emitter of carbon dioxide in Europe in 2012.