Customers are still in the dark when it comes to how suppliers make profits – and Ofgem isn’t being tough enough on energy companies. That’s according to MPs on the […] 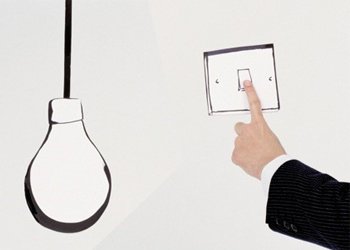 Customers are still in the dark when it comes to how suppliers make profits – and Ofgem isn’t being tough enough on energy companies.

That’s according to MPs on the energy and climate change select committee who say a lack of transparency is still undermining trust in the industry.

Since 2007 average prices of gas and electricity have risen by 41% and 20% in the UK in real terms, according to DECC. This has had an adverse impact on fuel poor households and thrown Government targets to eradicate the problem by 2016 out the window.

In their latest report, the MPs put confusion down to the fact the six largest energy companies are hard to understand as a layman because they are vertically integrated – that is, they have different arms doing different things from generating and trading to supplying energy.

The MPs say this makes it difficult to determine the “actual level of profit in, for example, the energy supply arm”.

They go on to threaten: “Regulatory intervention is now needed to deliver meaningful change”.

The MPs have stern words for both the regulator and government, bashing Ofgem for “failing consumers by not taking all possible steps to improve transparency” and suggesting this “lays it open to criticism that it is unwilling to use the teeth it has”.

Ministers are also criticised as “unacceptably slow” to act on the latest research on fuel poverty.

Sir Robert Smith, MP and temporary chair of the select committee said: “Unfortunately, the complex vertically-integrated structure of these companies means that working out exactly how their profits are made requires forensic accountants.

“Ofgem should shine a brighter light on the internal structure of these big companies.”

The MPs argue that direct taxation rather than levies would be a better way to help the most vulnerable who are struggling to pay bills.

Sir Robert added: “Fuel poverty is getting worse as energy prices rise making it all the more critical that the Government must respond to the Hills Review as a matter of urgency.”

“Tax-funded public spending is a less regressive mechanism than levies on energy bills, which can hit some of the poorest hardest. Shifting the emphasis from levies to taxation would help protect vulnerable households.”