Shops in England to charge 5p for plastic bags

Shops in England will be forced to charge 5p for all plastic carrier bags they sell, after the Deputy Prime Minister Nick Clegg announced the measure at the Liberal Democrat […] 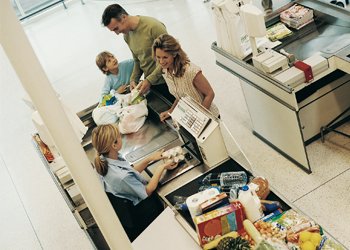 Shops in England will be forced to charge 5p for all plastic carrier bags they sell, after the Deputy Prime Minister Nick Clegg announced the measure at the Liberal Democrat party conference.

Speaking over the weekend Mr Clegg said: “Plastic carrier bags blight our towns and countryside. They take hundreds of years to degrade and can kill animals.

“This is not a new problem. We’ve waited too long for action. That’s why I am drawing a line under the issue now. The charge will be implemented sensibly – small businesses will be exempt. We will discuss with retailers how the money raised should be spent but I call on them to follow the lead of industry in Wales and donate the proceeds to charity.”

But with the charge not set to hit stores until 2015, the reception from environmental groups has been lukewarm.

Friends of the Earth’s Policy and Campaigns Director, Craig Bennett said: “A plastic bag charge is welcome news, but let’s not get carried away. This small step will do little to tackle the nation’s huge waste mountain and can’t disguise the Government’s woeful green record.”

He suggested “tougher action” and ambitious targets are needed to cut waste and boost recycling to bring England “in line” with the rest of the UK and much of Europe.

Phil Barton of Keep Britain Tidy was quoted as saying: “There is no need for new legislation in England as retailers are already geared up to deal with it. We would like to sit down with the Government and the retail sector to discuss introducing a charge earlier.”

According to Mr Barton 5.25 billion fewer carrier bags would be handed out if the controls were introduced a year earlier.

Similar charges are already in place in Wales and Northern Ireland and will start in Scotland in 2014. Unlike those schemes the charge in England will only apply to retailers employing 250 people or more.

The British Retail Consortium wants to get rid of these differences with a single UK-wide scheme. A spokesman for the group said: “Any legislation should be, as far as possible, consistent across the UK to avoid confusion for customers and businesses,” reported the Daily Mail.