A handful of the world’s largest oil firms have won the rights to explore the biggest oil field in Brazil. The group made up of Anglo-Dutch oil firm Shell, Brazil’s […] 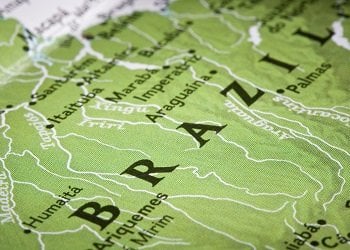 A handful of the world’s largest oil firms have won the rights to explore the biggest oil field in Brazil.

The group made up of Anglo-Dutch oil firm Shell, Brazil’s state-run Petrobras, France’s Total and China’s CNOOC and CNPC made the only bid in the auction at the Rio de Janeiro hotel.

The hotel was reportedly guarded by 1,100 security personnel as oil workers opposed the auction. Protestors are believed to have clashed with police and Army troops a couple of blocks away from the hotel.

A total of 11 companies had shown interest in the Libra field – believed to hold as much as 12 billion barrels of oil – but in the end only these five stepped forward to bid.

This was Brazil’s first oil auction since new rules gave more power to the state-owned Petrobras. Under these, Petrobras is required to be the sole operator and hold a minimum 30% stake in every project.

Chinese state companies CNPC and CNOOC snapped up 10% of the field apiece while Total and Shell took a 20% stake each. Petrobras holds a 40% stake as the operator of the field.

It’s estimated the oil consortium will have to invest around $200 billion (£124bn) over 35 years to pump oil from the field. The production sharing contract is due to be signed next month.