The owner of British Gas has warned its full year profits could be “significantly lower” than in 2012 while E.ON announced a 17% rise in profits over the last nine […] 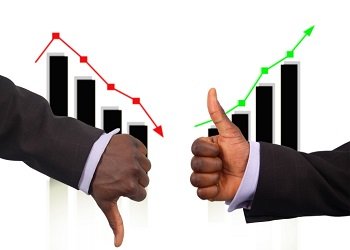 The owner of British Gas has warned its full year profits could be “significantly lower” than in 2012 while E.ON announced a 17% rise in profits over the last nine months.

Centrica expects its profits to come in as much as 4% below forecast as its business supply arms struggle and gas-fired power plants face a loss.

The company said it tried to “absorb higher costs faced by the business for as long as possible”, however, given the increase in “external costs”, it decided to increase electricity and gas prices by 10.4% and 8.4% from 23 November after its British Gas residential business was “loss-making for a number of months”.

It highlighted its decision to end auto-rollover contracts “for the benefit of our customers” as one of the factors affecting its margins.

“Market conditions remain challenging, particularly in business energy supply in both the UK and the US, in UK gas-fired power generation and in UK gas storage,” Centrica added.

It also warned of “rising costs” in the North Sea and said its gas-fired power plants would make a loss of around £130 million this year.

E.ON however saw a rise in profits from £194 million to £227 million for the six months to the end of September despite the past three months running at a loss. It blamed the Government’s green energy schemes as well as the cost of distribution for a loss of £37 million.

The power provider said it is “increasingly likely” that it will raise its energy prices as it is the only Big Six supplier yet to do so.

“This is always a last resort and as was the case last year, we are holding back any increase for our customers for longer than any of the other large energy suppliers. We will also seek to minimise any increase whilst making sure we maintain a sustainable supply business in the UK,” Tony Cocker, E.ON UK’s Chief Executive added.

Yesterday SSE also revealed adjusted pre-tax profits of £254 million and a bigger payout to its shareholders before its household price rise kicks in tomorrow.