It is a “tough challenge” to tackle the nation’s energy trilemma of providing security of supply, reducing carbon emissions and energy costs, according to the Managing Director of DONG Energy […] 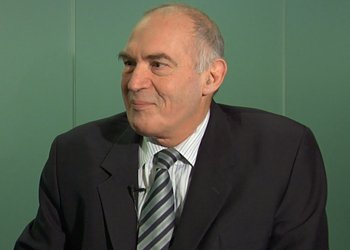 It is a “tough challenge” to tackle the nation’s energy trilemma of providing security of supply, reducing carbon emissions and energy costs, according to the Managing Director of DONG Energy Sales UK.

He added: “Whichever position you approach that from – if you’re more concerned about security of supply, you’ll have one attitude or more concerned about environment and affordability, another point of view – and bringing those things together is quite a tough challenge.”

Mr Hogg said DONG Energy UK is trying to address the issue of security of supply and is committed to investing around £5.5 billion in energy in the nation while supporting just under 1,000 jobs.

When asked about the company’s entry into the power market, he said: “Research that we have done indicates that customers would actually like whatever they can to buy both their power – and I’m talking about the Industrial and Commercial sector to buy their power and their gas from the same supplier. So it’s responding to that particular customer interest.

“And secondly we have, as I said, an extremely positive reputation for customer service in gas, not just the fact that we understand the business and we provide accurate and timely bills but we’ve actually seen customers being very keen to deal with us now that we’ve announced out entry to power because they see we’ll bring the same service into power.”

He added the energy industry is crucial to the UK as a recent report showed it contributed £11.6 billion to the economy last year alone while supporting 664,000 jobs.