The world is stuck in energy “no-man’s land” between fossil fuels and renewables, the pioneering environmentalist Jonathon Porritt has told ELN. The former chairman of the Green Party also described […] 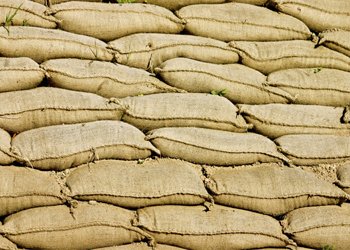 The world is stuck in energy “no-man’s land” between fossil fuels and renewables, the pioneering environmentalist Jonathon Porritt has told ELN.

The former chairman of the Green Party also described UK energy policy as a “mess” and claimed all energy consumers are getting “ripped off”.

But he struck a more positive note when considering the potential to spread clean energy to all corners of the globe.

Speaking out as he releases a book projecting what the world will be like in 2050, the Founder Director of Forum for the Future told ELN: “We’re doing nothing to reduce fuel poverty and we’re caught between a batch of old-world solutions (fracking, continued use of coal, nuclear and so on) and the new solutions on which genuine energy security and sustainability depend…

World leaders won’t drop oil, gas or coal until they really look at other options, he said: “Politicians won’t start moving away from fossil fuels seriously until they really believe that these alternatives can deliver the goods – for both industry and individual citizens.

“I absolutely believe that this is deliverable from a technological point of view. But how quickly our politicians and capital markets come to the same conclusion is indeed a different challenge!”

Making people see a sustainable economy is “not only necessary but desirable” is how change can take place, he said, adding: “The prospect of universal access to clean, sustainable energy is the biggest single reason to be hopeful about a better world for tomorrow. The lives of billions of people today are horribly diminished because they don’t have that source of liberating energy in their lives.”

He set out to keep the tone “light and conversational” in his new book, he explained: “I’ve written a number of books before now – and they all start out by telling people how bad it’s going to get, before eventually offering people some kind of solution. By which time I suspect a whole lot of people have become completely turned off.

“So with ‘The World We Made’ I wanted to turn that on its head: start with this amazing, upbeat, cleantech world in 2050, and then show how we get there.”