Local councils will be able to keep all of the cash they collect from fracking companies under new government plans to keep them sweet for shale gas. Today the Prime […] 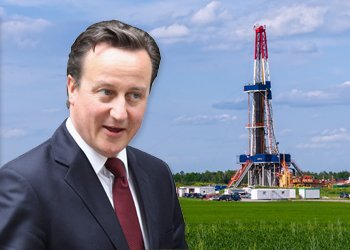 Local councils will be able to keep all of the cash they collect from fracking companies under new government plans to keep them sweet for shale gas.

Today the Prime Minister will announce councils can keep 100% of business rates from shale gas sites, double the current 50% figure.

The Government will fund the move and said it could mean an extra £1.7 million a year for a typical site. This follows last year’s announcement of generous tax breaks for shale gas explorers.

Prime Minister David Cameron said: “A key part of our long-term economic plan to secure Britain’s future is to back businesses with better infrastructure. That’s why we’re going all out for shale. It will mean more jobs and opportunities for people, and economic security for our country.”

Communities near shale gas will also get more incentives, with industry looking at cash in hand for people living near the site to funds set up for and managed by local communities.

This is on top of previous commitments from firms to give local communities would receive £100,000 when a test well is fracked – and a further 1% of revenues if shale gas is discovered.

However local government groups want this sort of compensation to be bumped up to around 10%.

Over the weekend hundreds of people gathered at IGas’s drilling site in Barton Moss, Manchester to continue protests against fracking. A week ago protestors glued themselves to a car to try and block an entrance to the site.

Nick Molho, Head of Climate and Energy Policy at environmental group WWF-UK also expressed hope the Government’s “boundless enthusiasm” for shale gas “will at least be matched by a similar willingness to rapidly decarbonise the UK’s energy system”.