‘It’s me or the fossil fuels’, students tell uni 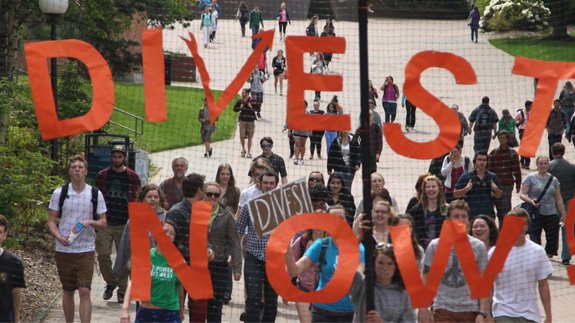 Students across the UK are being urged to send their local MPs a Valentine’s Day card this week calling on them to tell their party to refuse funding from the fossil fuel industry.

They will also be handing over petitions to their university Vice Chancellors as part of the ‘Fossil Free Friday’. The campaign calls for fossil fuel divestment and asks them to “urgently review their financial links” with the sector.

It is part of the ‘Go Green Week’ campaign – a national week of action on climate change in schools, colleges and universities – which starts today.

Thousands of students will be running a week of activities, including film screenings and debates to raise awareness and demand tougher action on the climate crisis.

According to student campaigning group People & Planet, which is organising the event, universities support the fossil fuel industry directly through their research, with investments of more than £5 billion.

The campaign is calling on universities to “immediately freeze” any new investments in fossil fuel companies and move to “lower risk, ethical investments within five years”, publish full details of their financial and other ties to the sector, stop giving out honorary degrees to the industry’s CEOs and demand more research funding for renewables.

James Farndon, a spokesperson from People & Planet said: “UniversitiesUK has publicly committed to tackle climate change yet individual Vice-Chancellors show complete hypocrisy when it comes to their endowment investments and other partnerships with the very companies causing the climate crisis in the first place. If it’s wrong to wreck the climate, it must be wrong to profit from that wreckage.”