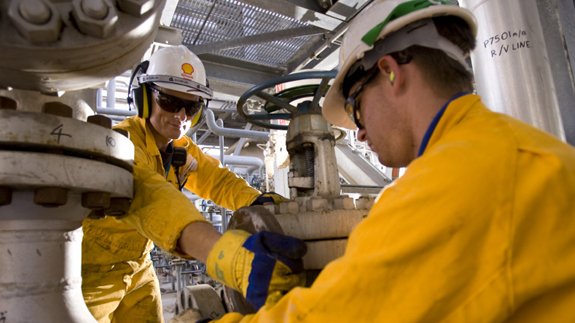 Vitol’s boss Ian Taylor described it as an “exciting” move for his company.

A brand agreement means all the service stations will continue to use Shell’s red and yellow logo.

The Anglo-Dutch firm’s sale of the “downstream” business – that is, the producing and selling of oil and gas rather than finding it – covers the Geelong Refinery (pictured).

The bulk buy also counts its bulk fuels, bitumen, chemicals and part of its lubricants businesses in the country but does not include the Aviation business. Shell said its upstream operations in Australia are not affected.

The Australian Workers Union said it was “fantastic news” for the refinery’s 470-odd employees that Vitol will keep it open. A spokesman told the Sydney Morning Herald they were originally “concerned” when it was put up for sale last year.

Vitol President and CEO Ian Taylor added: “Australia is a growing economy and we look forward to working with the management team tostrengthen and grow the business.”