A cash pot worth £15 million collected by the UK Government from the Scottish coal industry should be reinvested to restore opencast sites in Scotland, Energy Minister Fergus Ewing (pictured) […] 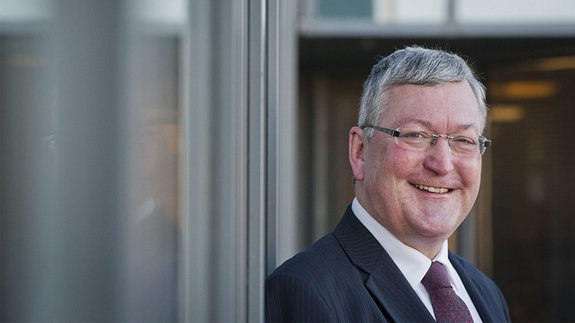 A cash pot worth £15 million collected by the UK Government from the Scottish coal industry should be reinvested to restore opencast sites in Scotland, Energy Minister Fergus Ewing (pictured) has said.

The Scottish Government claims Westminster is “ignoring” calls to help coalfields in Scotland and believes the cash should be put to “good use”.”

Mr Ewing said he has pressed UK Energy Minister Michael Fallon but has not yet received a “substantial reply”, accusing him of showing “disrespect to the people of Scotland”.

He raised the issue as the Scottish Open Cast Mining Taskforce – which was set up last year in the wake of the closure of Scottish Coal – met for the sixth time.

Since then progress has been made in restoring sites in Fife, East Ayrshire, Dumfries and Galloway and South Ayrshire which are expected to create 550 new jobs.

Mr Ewing said: “The UK Government’s lack of engagement in this manner is displaying disrespect to the people of Scotland. The task force has worked hard collectively to foster the positive action and engagement that has led to the creation of so many new jobs.

“We have a significant restoration legacy to deal with in Scotland and that money – paid into the central funds in London – has not been used for the industry or affected communities. It is now needed to be put to good and proper use to help to restore these sites.”

ELN has contacted DECC for a response.