Call to “put the freeze” on sub-Saharan food waste

It’s time to stop wasting mountains of food in the developing world by rolling out better fridges and chilling, British engineers demanded today. Big population growth is predicted in sub-Saharan […] 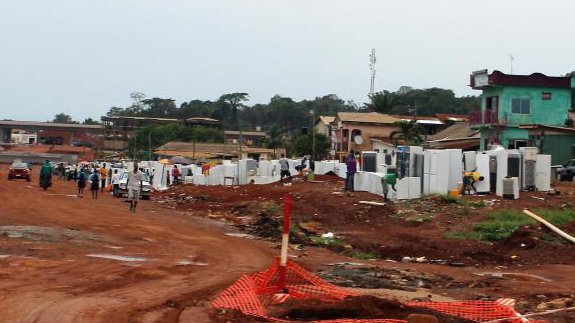 Refrigerators for sale in Ghana, on the road from Kumasi to Techiman. Image: 10b travelling via Compfight cc

It’s time to stop wasting mountains of food in the developing world by rolling out better fridges and chilling, British engineers demanded today.

Big population growth is predicted in sub-Saharan Africa and Asia, meaning the regions will need to improve their farming productivity.

But much of the food produced today “does not actually reach a human stomach”, going off in the food supply system because of “inadequate infrastructure”, according to the Institution of Mechanical Engineers (Imeche).

Imeche estimates a quarter of total food wastage in developing countries could be eliminated if countries had the same level of refrigeration equipment as that in developed economies.

Dr Tim Fox, Head of Energy and Environment at Imeche said: “It is a travesty that up to 50% of fruit and vegetables are lost in Sub-Saharan Africa and India, while Tanzania sees 25% of all milk produced in the wet season end up as wastage and 97% of its meat sold warm having never been chilled.”