Energy suppliers can learn a lot from the telecoms sector, the managing director of British Gas Business has told ELN. In a frank and wide-ranging interview as part of ELN’s […] 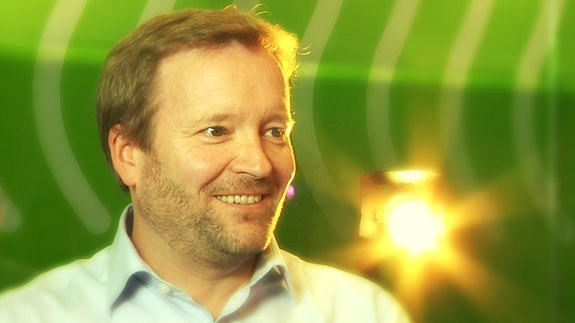 Energy suppliers can learn a lot from the telecoms sector, the managing director of British Gas Business has told ELN.

In a frank and wide-ranging interview as part of ELN’s Talking Energy series, the 48-year-old revealed himself as an Arsenal fan.

He also disclosed turning down a role as CEO at another company for the BGB post.

Joining the Centrica family in November 2012 after 25 years in telecoms with firms like eircom and Virgin Media, Beynon confessed he still feels “very new” to energy.

Asked what energy firms can learn from his previous sector, Beynon said: “Well I think that telecoms, because it’s been at it for longer in a competitive environment, has become a lot more customer focused than [in] my observations as a newcomer to the energy industry.

“There’s a lot that the energy industry can learn from other industries, in particular telecoms.

“And in B2B, I think, I see an opportunity for all energy suppliers to become a lot more engaged with the customers to really understand what customers want.”

Although he has picked up on a “lower level of engagement” from customers than in telecoms, Beynon said their interest in energy has risen “exponentially”.

Later in the interview, Beynon answered ELN Editor Sumit Bose’s questions on why the industry keeps swinging from one PR disaster to another.

He also addressed the hot topic of who should be regulating energy middlemen or third party intermediaries (TPIs).

Agreeing it’s an area that needs “policing” the BGB boss declared it would not be “appropriate” for suppliers to do so, rather a “strong, independent third party”.

Beynon wrapped up by saying one task ahead is to engage small businesses with reducing their energy consumption.