New ways to save rainforests 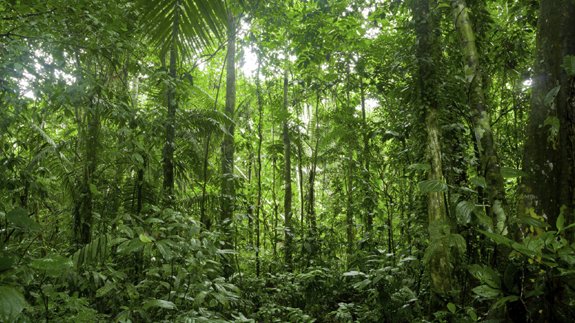 Researchers say they have hit on a way to stop damage done to tropical rainforests as a result of man-made crops.

Over the last ten years, industrial scale agriculture has expanded into tropical rainforest areas, according to the World Resources Institute.

Clearing these tropical rainforests causes about 10-15% of human-caused carbon emissions and fewer species can survive where trees have been cut, according to the institute.

Instead the researchers believe farmers should use 125 million hectares of land which they have identified as already “degraded”. They claim it could support agriculture for around 25-50 years.

Keeping crop production in such areas could also reduce the emissions released by felling as-yet-untouched rainforests by 13 billion tonnes.