Energy storage could be the answer to California’s so-called ‘duck curve’ problem, according to an industry expert. That’s when there is low demand during the day due to the large […] 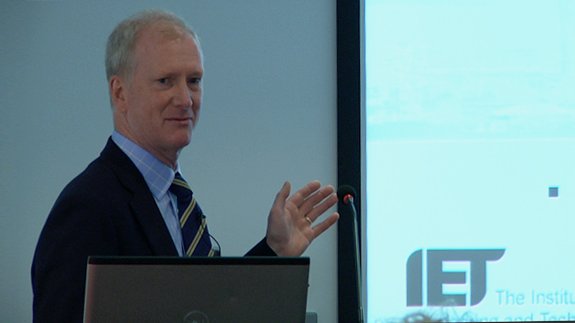 Energy storage could be the answer to California’s so-called ‘duck curve’ problem, according to an industry expert.

That’s when there is low demand during the day due to the large amount of solar generation – however in the evening demand rockets as there is no sun. On a graph the curve looks like a duck.

The comment was made by Chief Executive of Highview Power Storage Gareth Brett, who spoke at an energy storage conference last week.

He said: “Everyone in California with solar PV on their rooftop doesn’t consume electricity, they use it directly from their solar panels, which falsely reduces demand on the system.

“Then when the sun goes down and the evening peak comes along, the power demand on the system rockets by potentially up to 13,000MW over a very short period of time.

“This presents a huge problem for California ISO [Independent System Operator] to bring thermal plant back on, so the question is how do you deal with this sort of system management problem that presents?”

“When there is excess electricity during the day – while the duck’s back is going down in the afternoon – you can charge up the storage system.

“Then in the evening when they’re trying to start up all their thermal plants, you can discharge the storage system and that removes the need to have extra thermal plant around to deal with that.”

There is a “huge advantage” as solar electricity is zero C02, he added and “storage moves the electricity from the afternoon to the evening instead of burning fossil fuels to satisfy the evening peak”.

He went on: “So, not only does it help manage the system it provides lower overall CO2 content for that system.”

Other areas of energy storage were addressed at the conference such as ‘cost being the biggest barrier‘ and how it is ‘fundamental to the electricity system’.