A plastic sheet that generates electricity from small amounts of wind has been developed. Charlotte Slingsby, a graduate from the Imperial College of Art in London explained how her innovative technology […] 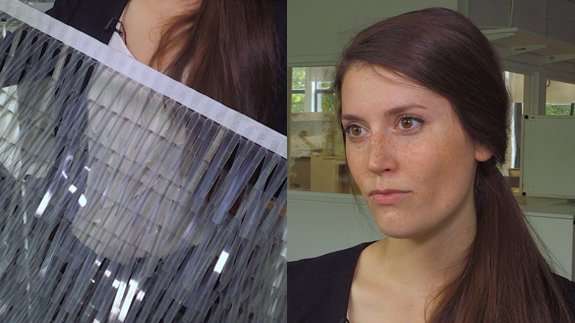 A plastic sheet that generates electricity from small amounts of wind has been developed.

Charlotte Slingsby, a graduate from the Imperial College of Art in London explained how her innovative technology works.

She told ELN: “The sheets have thousands of filaments and embedded in each filament is a piece of electric film so this type of material has the ability to convert strain or bending energy into electricity.”

The lack of energy in South Africa, her country, inspired her to create Moya Power Sheet during her masters in London.

She added: “It comes from South Africa, from home, where our energy shortages have a massive effect on the functioning of our country and of course beyond that, there is always people who need energy.

“I was looking at a solution where many people don’t have much service areas, many people can’t afford expensive infrastructures to use alternative forms of energy so it’s a different approach.”

According to Ms Slingsby, the product generates between 0.5W to 1W per square metre and it can be installed everywhere.

She believes it could also be used in many places in the UK such as skyscrapers where the sheet could cover glass as it is “very light and transparent”.

She added: “You have the huge London Tube network where you can perhaps line the tunnel itself and it can assist the stopping of the train itself because the extra drag can asses the breaking. So it’s just looking at these sections of the tube where there is a very small area but can perhaps have added functions.”

The product needs more testing but Ms Slingsby hopes to put her creation in the market in a couple of years.