Royal Dutch Shell has announced it has stopped exploring for oil and gas in the Arctic. The energy giant said it safely drilled the Burger J exploration well, located in […] 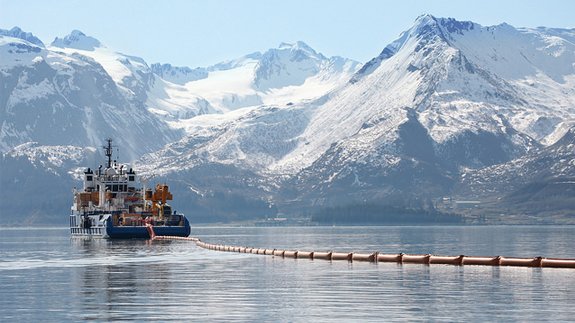 Royal Dutch Shell has announced it has stopped exploring for oil and gas in the Arctic.

The energy giant said it safely drilled the Burger J exploration well, located in Alaska’s Chukchi Sea, this summer but the outcome was “disappointing”.

The company had found indications of oil and gas in the well but added they “are not sufficient” for further exploration.

Marvin Odum, Director, Shell Upstream Americas said: “The Shell Alaska team has operated safely and exceptionally well in every aspect of this year’s exploration programme. Shell continues to see important exploration potential in the basin and the area is likely to ultimately be of strategic importance to Alaska and the US. However, this is a clearly disappointing exploration outcome for this part of the basin.”

Shell added the well will be sealed and abandoned in accordance with US regulations.

Greenpeace, which organised a month-long protest against the drilling plans last month and supported by actress Emma Thompson and singer Charlotte Church, welcomed the news.

UK Executive Director John Sauven said: “Big oil has sustained an unmitigated defeat. They had a budget of billions, we had a movement of millions. For three years we faced them down and the people won.

“The Save the Arctic movement has exacted a huge reputational price from Shell for its Arctic drilling programme. And as the company went another year without striking oil, that price finally became too high. They’re pulling out.

“Now President Obama should use his remaining months in office to say that no other oil company will be licenced to drill in the American Arctic.”