Spending Review: The good and bad for energy sector

Chancellor George Osborne’s Spending Review announced earlier this week has been welcomed by some in the energy sector but others feel he has taken a step back. The energy intensive industry described […] 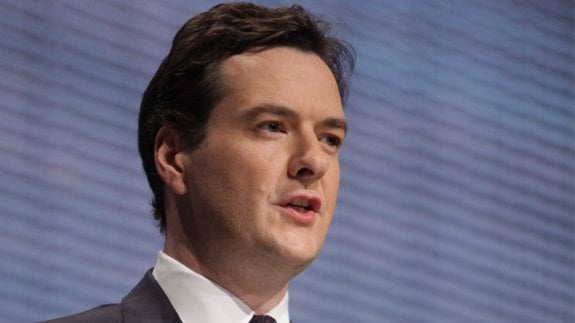 Chancellor George Osborne’s Spending Review announced earlier this week has been welcomed by some in the energy sector but others feel he has taken a step back.

The energy intensive industry described his announcement as “positive news” as it will be exempt from green taxes.

Jeremy Nicholson, Director at the Energy Intensive Users Group told ELN: “It doesn’t change the amount by which energy intensive industries are going to be compensated or in this case exempted but it does give them greater certainty that support is going to be there as long as it’s needed. So it’s an important measure and it will enable industry to invest in confidence just the same way the power industry is able to invest in confidence on the contracts for difference.”

The district heating sector has also welcomed the news as a “victory”.

Tim Rotheray, Director of the Association for Decentralised Energy (ADE) said “today is a good day” for the industry.

He added: “The government has responded the industry and has made £300 million available to bring forward up to £2 billion worth of new investment in England and Wales in district heating – that’s a massive step change. I think on the Renewable Heat Incentive, that’s positive as well. The government has said it again it [will] extend the funding of the Renewable Heating Incentive but they’re also going to focus on cost effectiveness and that’s really important.”

Chancellor George Osborne announced the Energy Companies Obligation (ECO) programme will be replaced by an energy efficiency scheme which will help householders save an average of £30 per year on their energy bills.

According to Professor Jim Skea from Imperial College London, there’s “a lot of disappointment in the energy efficiency community”.

Mr Skea added: “I think that there is clear evidence the Chancellor is looking to cover the affordability side because he’s trying to limit the amount of expenditure on renewable energy support.

“I think the key thing is how much money he’s prepared to put in and whether that is simply going to be, you know picking the law hanging fruit, very easy measures or whether it goes to the more ambitious kind of measures that we need to meet our long term targets.”

The Chancellor also confirmed community energy projects will be excluded from tax benefits. According to Friends of the Earth, the decision means the government is going “back to the bad old days of bashing green for a few political points”.

Oliver Hayes, Political Campaigner said: “This is a Chancellor who seems absolutely hooked on the technologies of the past. He’s living in the 80s.”