Philips to become carbon neutral by 2020

Technology giant Royal Philips has pledged to become carbon neutral by 2020. Eric Rondolat, CEO at Philips Lighting made the announcement at the COP21 climate conference in Paris. The firm believes […] 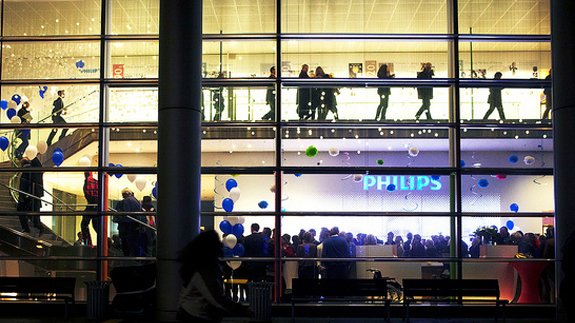 Eric Rondolat, CEO at Philips Lighting made the announcement at the COP21 climate conference in Paris.

The firm believes it may have reduced its carbon footprint by 40% since 2007 and aims to accelerate its emission reductions to achieve the goal in the next five years.

Philips claims it increased its use of renewable energy from 8% to 55% in the last six years and is part of the RE100 programme, an initiative of businesses committed to using 100% renewable electricity.

Mr Rondolat highlighted the importance of the lighting industry in helping improve energy efficiency as it accounts for 19% of global electricity consumption.

He added: “As it stands, we’ve reached the climate change checkout and all the contributions from around the world have proved insufficient to prevent a potentially catastrophic rise in global temperatures. The world must set more ambitious goals to improve energy efficiency. Faster adoption of LED lighting and a drive to renovate existing city infrastructure and greater use of solar-powered LED lighting would have a huge impact.”