A new scheme aimed at protecting the source of drinking water from contamination by mine water has been launched at Whitburn. It will stop mine water from entering the limestone rocks […] 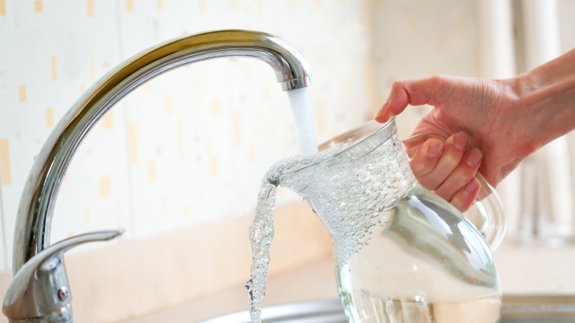 A new scheme aimed at protecting the source of drinking water from contamination by mine water has been launched at Whitburn.

It will stop mine water from entering the limestone rocks beneath the surface, which hold the water source for thousands of homes and businesses in South Tyneside and Sunderland.

According to the Coal Authority, when coal mines are operational, water is pumped from underground workings to keep them dry so coal can be mined. Historically when the mines closed, the pumps were turned off and the abandoned workings then filled up with water.

It then made its way into old mine workings and picked up naturally occurring minerals, mainly salt and iron, from the rocks. That is called mine water.

The Coal Authority adds mine water has been rising up slowly through the old mine workings since coal mining came to an end in the area in the 1990s.

The new project is part of a wider programme of protection schemes which is being developed by the Coal Authority to address the impacts of rising mine water from historic coal mining.

The new scheme will pump the mine water from the abandoned working deep beneath Whitburn Coastal Park, controlling it at around 50 metres below ground.

It will then be transported 230 metres out to sea, beyond the low-tide level, where it will be dispersed by natural processes.

Tracey Davies, Head of Environment at the Coal Authority said: “The protection scheme is the latest of three schemes that we have developed locally to prevent the contamination of this important drinking water source. The implementation of the new scheme follows successful trials at Whitburn to manage the rise in mine water levels from within the old coal mine workings.

“We have undertaken specialist studies to model the impact of the mine water discharge and taken specialist environmental advice to ensure the scheme meets the relevant quality standards.”