A UK vote to leave the European Union could result in energy bills rocketing by £500 million a year by the 2020s. Energy Secretary Amber Rudd will today set out […] 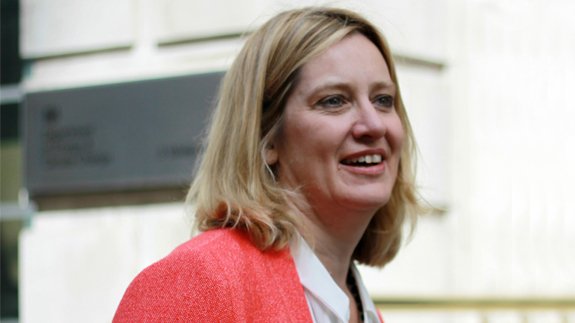 A UK vote to leave the European Union could result in energy bills rocketing by £500 million a year by the 2020s.

Energy Secretary Amber Rudd will today set out why the nation is “stronger, safer and better off” staying in Europe and that a Brexit would threaten the nation’s energy security.

Her warning will come ahead of the June 23rd referendum when voters will decide whether the UK should stay within the 28-member EU.

Ms Rudd will say: “The UK’s membership of the European Union has helped keep our energy bills down. If we left the European Internal Market, we’d get a massive electric shock because UK energy costs are likely to rocket by at least half a billion pounds a year – the equivalent of British bills going up by around one and a half million pounds each and every day.”

She will add working within the EU has given Britain more bargaining power to diversify sources of gas and drive prices down and refer to Russian President Vladimir Putin using gas supplies “as a tool of foreign policy”.

The Energy Secretary is due to say: “We can’t let our energy security be hijacked as a political pawn to bring Europe to its knees. By working together in the European Union each member state can stop this becoming a reality.

“As a bloc of 500m people, we have the power to force Putin’s hand. We can co-ordinate our response to a crisis. We can use the power of the internal market to source gas from elsewhere. We can drive down the price of imports as has happened recently in Eastern Europe.

“To put it plainly – when it comes to Russian gas, united we stand, divided we fall.”

Ms Rudd will also highlight research commissioned by National Grid which suggests the impact of leaving the EU on the UK’s energy system is “very likely to be negative”, although uncertain.

It also found the UK could lose around £90 million a year at current levels of interconnection and up to £160 million annually with more interconnectors by early 2020s if the UK left the EU.

The Energy Secretary will add being part of the 28-nation bloc helps attract “billions and billions of pounds of investment” in the energy system and supply chain.

“Taken together, this investment helps support 660,000 jobs in the UK’s energy sector. Does anybody really think all of that investment would continue if we left the EU and with no extra costs? In the race for investment, why would we shoot ourselves in the foot by creating this uncertainty? Working people will ultimately pay the price for this with fewer jobs and higher prices,” she will say.

However, the Vote Leave campaign insists a Brexit would not lead to a rise in energy prices, instead it’s EU regulation that forces up prices.

Chief Executive Matthew Elliott said: “Amber Rudd’s absurd claims simply aren’t backed up by her own research. It is quite extraordinary the extent to which the government is willing to do down Britain in its desperate attempt to win the referendum.

“In fact the EU makes our energy bills more expensive and costs us £350m a week. If we want cheaper bills, less commission interference and the ability to spend our money on our priorities, then the safe option is to Vote Leave.”