The government has set the fifth carbon budget proposed by the Committee on Climate Change. That means the UK will be required to reduce emissions by 57% between 2028 and […] 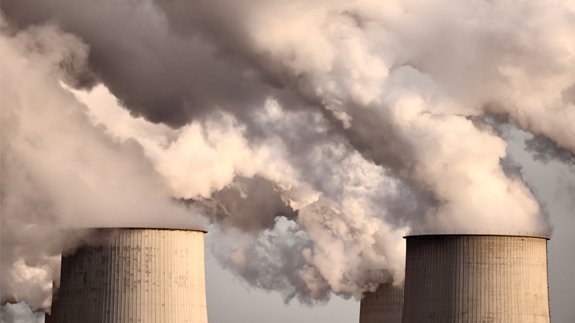 The government has set the fifth carbon budget proposed by the Committee on Climate Change.

DECC stated climate change is one of the biggest long term threats to our economy and carbon budgets are “one of the best ways” to tackle it and cut emissions.

Energy Secretary Amber Rudd said: “Setting long term targets to reduce our emissions is a fundamental part of building a secure, affordable and clean energy infrastructure system that our families and businesses can rely on and that is fit for the 21st century.

“The UK remains committed to playing its part in tackling climate change to ensure our long term economic security and prosperity.”

The Renewable Energy Association (REA) believes setting the goal gives the renewable industry and investors more long term confidence “but will need to be backed up by supportive policies”.

Head of Policy and External Affairs James Court said: “The fundamentals of energy have not changed post-referendum, we still need new generation that is cost effective, low carbon and secure.

“This would be the worst time for the government to row back or U-turn on existing commitments, which would be toxic to inward investors. So this is a positive first step but will need to be backed up by a robust energy plan by the end of the year.”

The Energy and Climate Intelligence Unit added all investors want is “a smooth, predictable playing field”.

Director Richard Black said: “Against the backdrop of the £1.7 trillion national debt, a likely Brexit penalty on fuel costs and the fact that many of our power stations are past their sell-by date, reducing the cost of building new kit is obviously a pragmatic thing for the government to do.

“Accepting the Committee on Climate Change’s recommendations for the Fifth Carbon Budget will go some way to restoring investor confidence and so controlling costs. It won’t be enough on its own but it’s a first step.”

The UK Green Building Council added the news is “welcome leadership in the midst of the current political turmoil”.

Campaigns and Policy Director John Alker said: “However, aspiration needs to be followed by action. The Committee on Climate Change lays bare the very large hole in the government’s carbon reduction plans, which is particularly cavernous in the buildings sector.

“To fulfil our carbon commitments and just as importantly, to make the most of global market opportunities, we need to put strong and stable government policy on energy efficiency centre stage. The Carbon Plan later this year must provide businesses with the confidence to invest in low carbon technologies and new business models which can deliver a low carbon built environment.”