Business rates for rooftop solar ‘to rise next year’

Businesses with solar rooftop installations in the country could see a rise in their rate taxes next year. That’s according to the Solar Trade Association (STA) which added they could […] 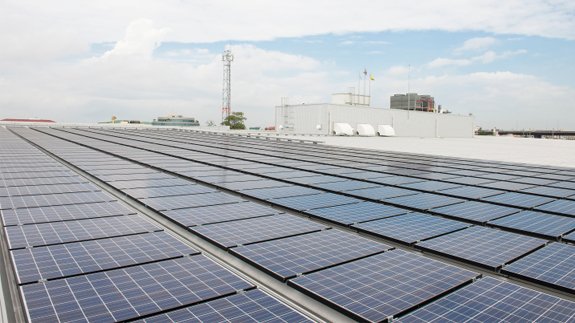 Businesses with solar rooftop installations in the country could see a rise in their rate taxes next year.

That’s according to the Solar Trade Association (STA) which added they could increase by between six to eight times from current levels.

This could happen from April 2017 unless the government intervenes, it stated.

The STA’s warning follows a re-evaluation of the taxes by the Valuation Office Agency which calculates the “rateable value” of properties to set business rates every five to seven years.

It looks at how assets are valued, the income they generate and how costs have evolved over that period.

The STA estimates rateable value for solar will increase from £8/kW to between £48.40 to £61.60/kW depending on the size of the installation.

That could mean a business with a 100kW solar system that now pays around £350 per year in business rates could see their bill rise to £2,600, it claims.

However, the only businesses affects public authorities, schools and community buildings that have solar on their roofs, not domestic customers.

Paul Barwell, CEO of STA said: “This is a huge increase in the running costs of a rooftop solar installation that will affect both existing and new projects. In some cases, it would actually send installations into negative returns: you would be spending more on the system in tax and maintenance than you would be getting back from the sale of the power and the Feed-in Tariff support.

“We therefore need ministers to step in as soon as possible. The system needs to recognise that solar is a unique technology with both costs and revenues having come down over the last five years. This has created a complete mis-fit with the business rates system that needs to be fixed or else we will face a prohibitive tax hike in this sector.”