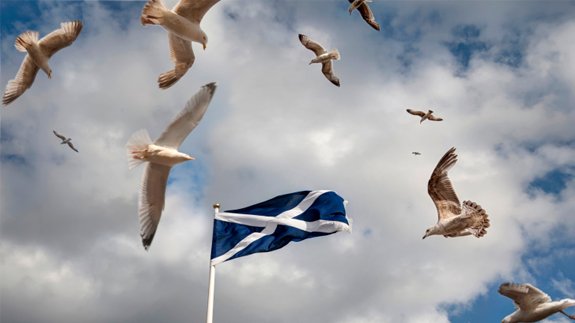 It compared achievements on emission reductions in Scotland and the rest of the UK in its new report.

It states Scotland’s annual emission targets for 2014 were met, including international aviation and shipping, falling by 8.6% while the UK’s emissions fell by 7.3%.

Since 1990, gross Scottish emissions have fallen nearly 40%, compared to nearly 33% at a UK level, the CCC adds.

Progress has also been made in the waste sector, with emissions falling 13% in 2014 and the introduction of a circular economy strategy and a food waste reduction target.

However, the CCC added if Scotland aims to meet its 2020 targets it needs to improve its works on transport, agriculture, land use and renewable heat.

The country plans to launch its climate change plan next year and the CCC recommends it to ensure objectives are specific, focused on the core set of policies and actions that will have the biggest impact and take into account wider benefits as well as the costs of climate change actions.

Lord Deben, Chairman of the CCC said: “Scotland continues to lead the UK both in performance and ambition when it comes to tackling climate change. Emissions are reducing and the latest targets have been hit. Scotland has set out its intention to meet the challenges of climate change and its contribution to the ambition agreed at the Paris climate conference last December. New policies are now required for Scotland to continue its commendable path to decarbonising its economy.”