Londoners have “overwhelmingly” backed Mayor Sadiq Khan’s plans to crack down on air pollution in the capital. Nearly 80% of a record 15,000 people who responded to a consultation support […] 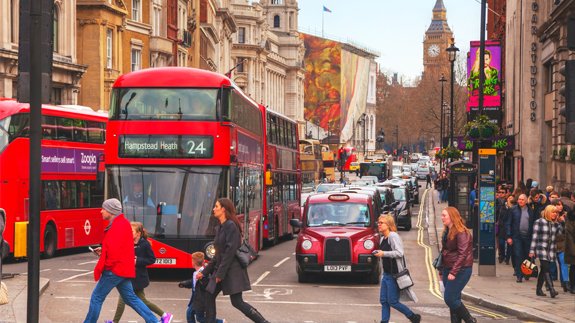 Londoners have “overwhelmingly” backed Mayor Sadiq Khan’s plans to crack down on air pollution in the capital.

Nearly 80% of a record 15,000 people who responded to a consultation support plans to bring the Ultra Low Emission Zone forward to 2019 and 71% believe it should be expanded to the North and South Circular.

There is also “widespread support” for the mayor’s call to government for a diesel scrappage scheme and 81% back the £10 Emissions Surcharge – dubbed the ‘T-charge’ – on the most polluting vehicles entering central London from 2017.

The consultation also found the majority of Londoners believe air pollution is a problem in the capital.

Mr Khan said: “A record number of Londoners responded to our consultation, which demonstrates they feel just as strongly as I do that cleaning up the capital’s killer air has to be a major priority.

“Both the previous Mayor and the Government failed to get their act together to meet legal pollution limits and that’s why I have put forward some bold, hard-hitting measures to tackle this issue head on. I will consider the consultation findings in more detail before deciding on the next steps.”

Earlier this week he confirmed the first fully electric bus routes will be launched by the end of the year.