Shadow Energy and Climate Change Secretary Barry Gardiner has promised to ban fracking if the Labour Party wins the next general election. During his speech at the Labour Party Annual Conference […] 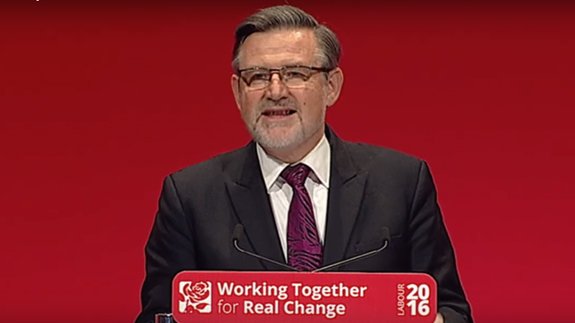 Shadow Energy and Climate Change Secretary Barry Gardiner has promised to ban fracking if the Labour Party wins the next general election.

During his speech at the Labour Party Annual Conference in Liverpool, Mr Gardiner said fracking “locks the country into an energy infrastructure based on fossil fuels” instead of clean energy.

His comment follows Jeremy Corbyn’s pledge to ban the controversial technique of extracting shale gas if he is elected Prime Minister.

Mr Gardiner said: “We will consult with our colleagues in industry and trade unions about the best way to transition our energy industry to create the vital jobs and apprenticeships we are going to need for the UK’s low carbon future.”

To transform the country’s energy system with clean technologies, Mr Gardiner said a new Labour government would launch a programme to help communities, towns and cities create and sell their own clean energy power.

He added: “We need to localise the way energy is produced and stored. I want people earning from the energy they produce on their rooftop solar on their community wind turbines, not just consuming what the Big Six sell.

“We need to create smart networks and local grids to make energy work to pay people rather than people working to pay their energy bills.”

The Shadow Energy Secretary has also promised to make energy bills cheaper for consumers by creating a rule which will force energy firms to put them on their cheapest tariff and tell customers if they can get a better deal elsewhere.

The Labour MP went on: “How can it be right that when the government found out that we were being overcharged by £1.4 billion a year on our energy bills they said ‘It’s all the customers fault’ – we should shop around more”.

Mr Gardiner also announced the next Labour government would help disabled veterans insulate their homes through a programme which would be created with the Department of Defence.